Have You Visited These Top 10 Attractions In Australia?

From the coral reefs and rainforests to scorched red deserts, Australia has everything that can make it a dream destination for any traveler.

Here are some of the must-see places in Australia:

Chug under the Sydney Harbour Bridge; have a picnic on Cockatoo Island or Fort Denison; take a high-speed catamaran to Manly Beach for a surfing lesson; or disembark with your darlings at Darling Harbour for the Australian National Maritime Museum, Darling Quarter Playground, Sydney Sea Life Aquarium and Wild Life Sydney Zoo.

Camping in Freycinet National Park, sea-kayaking around Coles Bay, beachcombing along Ocean Beach on the wild west coast, scaling the treetops at the Tahune Forest AirWalk and careening down Mt Wellington on a mountain bike are major attractions.

Darwin is really hot – a cooling swim is a daily ritual here. Dunk the kids in the Wave Lagoon at the Waterfront Precinct. And if you didn’t spy a croc in Kakadu, Crocosaurus Cove in downtown Darwin will get you stupidly close to one.

Launch your Great Barrier Reef expedition from Cairns or Port Douglas, with a high-speed catamaran trip to an inner-reef atoll or an extended day trip to the pristine outer reef.

Get earnest at the Australian War Memorial, then go silly at the National Arboretum Playground, with the ‘beauty of trees’ at the fore. For older kids, Questacon is laced with stimulating exhibits.

Given the otherwise sun-stroked state of the nation, the classy skiing options in Victoria’s High Country may come as either a surprise or relief. Come back in summer for mountain biking, camping, bushwalking and assessing the bakeries in fetching high-country towns such as Beechworth, Mansfield and Bright.

Is Brisbane Australia’s most kid-friendly city? The Brisbane River is a big plus: ride a ferry around central Brisbane, or chug out to the endearing Lone Pine Koala Sanctuary to hug one of the inmates. The Queensland Museum & Sciencentre, Queensland Art Gallery and Gallery of Modern Art all have dedicated kids’ activity rooms, interactive experiences and school holiday programs.

Like Tasmania, Southwest and Western Australia is a bite-sized zone that removes the adults-only appeal of lost, empty highways from the travel equation. Don’t miss the astounding Valley of the Giants near Denmark– a 600m-long treetop walk-through enormous tingle trees. Other natural enticements for the kids include surfing at Ocean Beach near Walpole, hiking to lookouts in Walpole-Nornalup National Park. 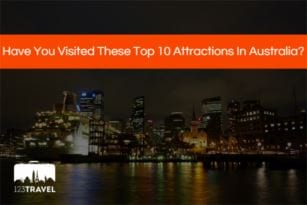 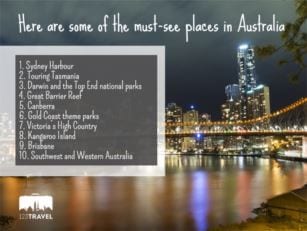