Opera under the Stars at Uluru

THE opening up of Australia’s domestic borders is finally giving plenty of people something to sing about, not least of all Opera Australia which has announced its return to Uluru from next year.

There will be four operatic performances on display across one weekend in Sep 2021, featuring the grand vocal stylings of arias from the final act of Mozart’s The Marriage of Figaro, all set to the backdrop of the beautiful Uluru-Kata Tjuta National Park.

Experiences on offer include an open-air welcome dinner which highlights native bush ingredients of the area, as well as intimate dawn performances for 90 people maximum, and an afternoon set from a string quartet performing a selection of Brahms’ love songs.

“Opera Australia is thrilled to be teaming up with Voyages and returning to Uluru in 2021 with an expanded program,” said Opera Australia Artistic Director, Lyndon Terracini. “Our first concert there last year proved such a success, we knew we were onto something really special and we were really touched by the feedback we received from guests who were visibly moved by the experience.”

Tickets to the Sat evening Gala Concert can be purchased as part of a two- or three-night package, with prices starting from $825 per person twin share, including accommodation at Ayers Rock Resort, return airport transfers and in-room wi-fi. 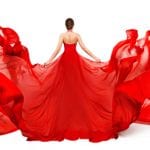