The Best Time to Visit Australia

Australia is a popular tourist destination among Westerners. Popular locations include coastal cities as well as other high-profile destinations including regional Queensland, the Gold Coast and the Great Barrier Reef, the world’s largest. Uluru and the Australian outback along with the Tasmanian wilderness are equally popular attractions.

Australia lies in the Southern Hemisphere and basks in summer when countries in the Northern half of the globe are facing winter. November through March are the hottest months while Midwinter is from July to August.

With regards to travel, airfares are lowest from mid-April to late August—the best time of the year to visit the Great Barrier Reef and the Red Centre.

When to Visit  – Peak Season

The most pleasant time to visit Australia is during the Aussie winter – April through September. It rarely rains and daytime temperatures range between a comfortable 20 to 30 degrees. Temperatures rarely dip below freezing even during peak winter.

Remember, in the southern hemisphere, it gets colder down below, and thus, summer is the perfect time to visit the southern states of Australia. In much of the country—especially the northern part—June, July, and August are the busiest months; you’ll need to book well in advance, even then you will have to pay higher rates for accommodation and tours.

In general, the best time to visit Australia is September – October, when it’s still warm enough to hit the beaches in the south when it’s cool enough to tour Uluru, and the humidity and rains are yet to arrive at Cairns.

The Slow Season  – For the Budget Conscious

November through April (summer) is just too hot, humid and wet to tour the Red Centre. If you decide to travel at this time—be prepared to take the heat, the danger of potential flooding, and more than a small chance of encountering cyclones.

Watch out for public holidays, when services such as banking, postal services, and sales of alcohol might be limited or even unavailable. Individual states and territories occasionally declare similar additional holidays.

*  January 26, Australia Day – recognizes the First Fleet’s arrival in 1788, when 11 ships made their way from England to establish a colony here in Australia.

*  Good Friday – In Australia, it is observed the first Friday after the full moon (on or after Mar 21).

*  Easter Monday, the Christian commemoration of Jesus’ resurrection from the dead.

*  April 25, ANZAC Day – The Australian and New Zealand Army Corps Day recognizes those who have served their nations in times of war.

*  Christmas Day – If Christmas falls on a weekend, the following Monday is deemed a public holiday.

*  December 26, Boxing Day – British in origin, the tradition involves gift-giving and some sports seasons kick off on this date. If it falls on a Saturday, the following Monday is deemed a public holiday and if on a Sunday, the next Tuesday the holiday.

Stay Away from the Year-End Rush 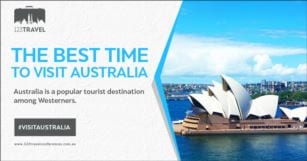