Melbourne – A Heaven For Gastronomes

Though Australia is a destination famous for its great outdoors that lures in the adrenaline junkies, with its numerous adventure sports and attractions, its gastronomic side is also worth mentioning. Melbourne, though not the seat of Australia’s government is irrefutably the country’s culinary capital.

In a nod to its standing, the city recently hosted the World’s 50 Best Restaurants annual ceremony earlier this year. This is the first time the awards were held in Australia, and only the second time outside London, it coincided with the 25th Melbourne Food and Wine Festival. A festival that has seen the city undergo a major gastronomic revolution since it was first held.

Now no meal in Melbourne is seemingly safe from experimenting hands. In a city rich in the diversity of cuisine, it is now almost impossible to find a simple sandwich at times. It’s estimated that over 40 per cent of Melbourne’s population is from overseas. And this is evident in the food as well, with the most influential influences being Chinese, Greek and Italian.

Born in 1851, Melbourne’s Chinatown is one of the oldest outside Asia and has over 100 eateries vying for your attention.

Little Italy, on the site of Australia’s premier pizzeria, is centered on Lygon Street in the northern suburbs where cafés spill onto pavements and coffee bars dispense flat whites through the windows of historic houses.

Market Lane Coffee outlets are found in almost every corner of Melbourne. Born and based in the city itself, it offers some of the most high-quality coffee around, while the stunning and minimalist design of its restaurants simply begs for attention. Also, one of the chains that offer the most ethical products in the country.

Tuck Shop Take Away, located on Hawthorn Road, is a restaurant well-known for lunch. Offering some of the best chips in the city, everything served in the restaurant is made from scratch on site. A popular choice is the famous Minor burger.

Flower Drum, not just famous for its food, but also because of its Chef Anthony Lui. Dubbed one of the country’s most prominent chefs in Australia’s gastronomic scene. No more reason is needed to try out this restaurant, and visitors definitely need to try out a dish of “Neil Pery” noodles.

Ides – owned by Chef Peter Gunn, a young chef who has fulfilled his dream of setting up his very own restaurant. With five years of experience as a sous chef under the famous Ben Shewry, Gunn boasts of a delicious baby snapper that diners seek out in the set menu.

Giving competition to the many old-school establishments feeding this city, are modern outlets toying with tradition and popping up in tool sheds and under bridges on islands in the Yarra River.

Whenever you’re in Melbourne, you shouldn’t miss out on these eateries. These are just some of the best places to eat in Melbourne. Try them out, and you sure won’t be disappointed. 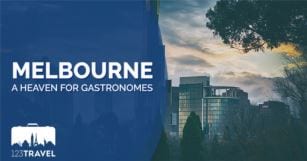